Some 700,000 people visited the 2007 Fuengirola International Fair, in which 33 countries and regions with more than 75 folk groups delighted us under the motto "United!"

The International Exhibition Fair (FIDEM) held its fifth edition in a new location in front of the fairground, on both sides of the main avenue.

The number 4 of the Fuengirola TV magazine reported on the details of this edition. As the previous year, posters, brochures, plans and a magazine with details of the FIP were printed.

Cadiz joins the FIP for the first time.

The opening parade took place on Friday and, for the first time, at the Palacio de la Paz. The parade on Saturday also changed its route, starting for the first time at Plaza de España, headquarters of the new town hall.

The countries and regions that participated in this edition were the following: 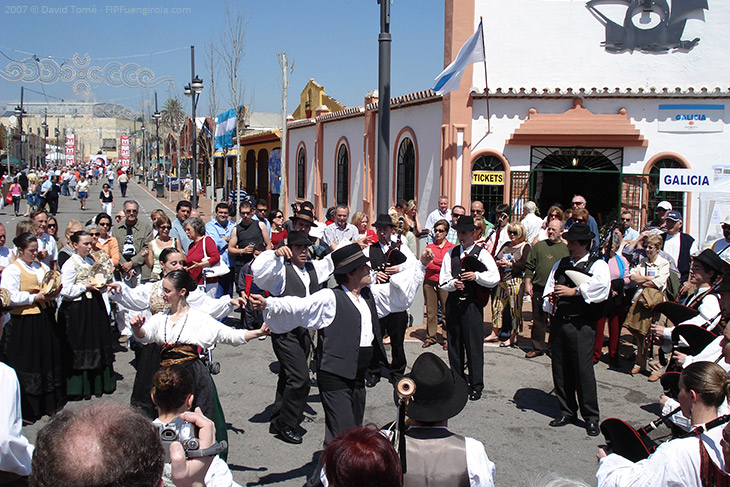