The International Fair of the Peoples of Fuengirola held its ninth edition between Thursday, April 3 and Sunday, April 6, 2003, reaching 350,000 visits.

In this edition, the Comparte Foundation was invited by the "Caseta Argentina" to inform about the children of Argentina. We were also able to enjoy the Asturian folk group Los Xustos and have the presence of the City of Ceuta among 37 other representations from different autonomous communities in Spain and other countries.

This edition was marked by the tragic death of a 27-year-old man, who died in the early hours of Saturday after being shot in the Cuban stand.

This year the first International Exhibition Fair (FIDEM) was held at the Palacio de la Paz.

The official opening with a parade of participants took place on Friday the 4th and Saturday the 5th we could enjoy the outdoors parade, which left the Marina and toured part of the Paseo Marítimo to go up Jacinto Benavente and take Paseo Jesús Santos Rein to the Fairground.

11:00
Parade from the Marina to Fairgrounds

Gastronomy, crafts, and folk performances in all the stands and in the fairgrounds. Free entrance. Two hours every day of live performances by different groups on the stage of the FTV Television Set.

List of countries and regions that participated and in which stands below. 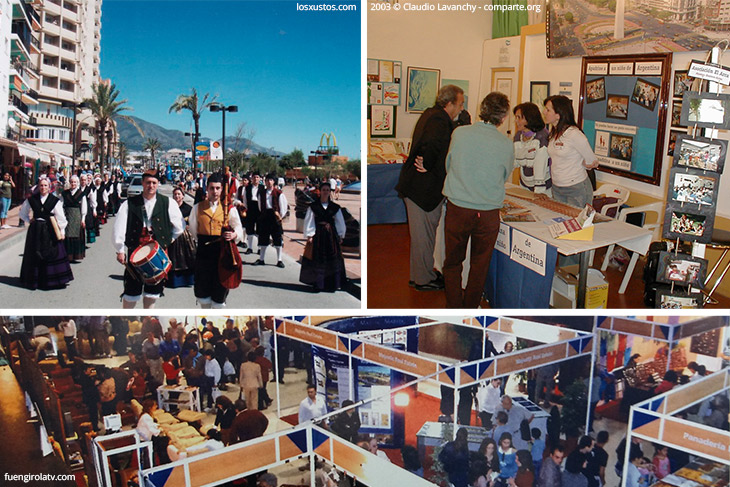