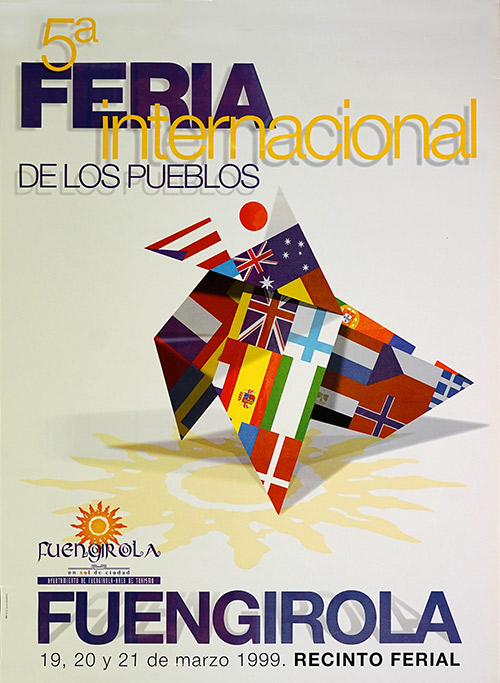 The 5th edition of the People's Fair took place on the third weekend of March 1999 and was attended by almost twenty countries and autonomous communities.

That year the parade left on Saturday at 12 from the Plaza de la Constitución to go through the Avenida de la Estación, Avenida Juan Gómez "Juanito" and Avenida Jesús Santos Rein until reaching the Fairgrounds.

Do you have any pictures, brochures, flyers or any other info on this event? Do not hesitate to share it with us! Please use the form on our contact page to reach us!